It’s been a while my dear readers, I know. But let me start off by wishing everyone a Happy New Year. I hope you all enjoyed a few days off with your loved ones over Christmas and had a “nice and gentle” transition into 2012

Some technical information: I’ve decided to save myself some time and space and reduce the resolution of the uploaded pictures to 1600×1200 pixels. Hope you can accept this little flaw; you’ll still get an idea what happens around here, picture-wise. 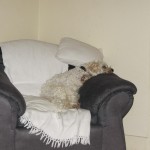 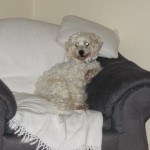 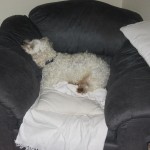 I love this dog. Eventhough he’s not the biggest fan of playing around, he is so unbelievably funny and cute!

Ah, by the way, after 5 weeks my package finally arrived. The one I sent ahead with the expectation that it’ll take a maximum of four weeks..yay for DHL. 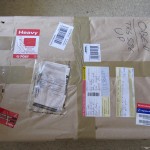 But as it goes in life, we had some sad moments as well. Thomas, SE DSCHERMAN! left

Hugged the gang, entered the bitchin van and off he went to continue with his travels (uploading some frickin impressive pictures on facebook of the Sydney Opera House ligthed by the New Year’s fireworks). 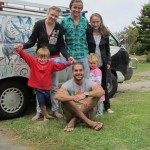 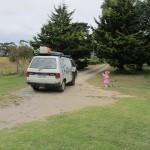 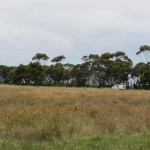 Let me start with some Christmas impressions, before I give you the soppy “Christmas-without-family&friends” details

My dear German followers, please keep in mind that Christmas is celebrated slightly different over here – timewise… It’s celebrated on the 25th, after Santa delivered the presents over night and put them in the stockings. My boss went through the trouble and even put out a plate with cookies and milk (plus some reindeer food) in the kitchen which, of course, were all eaten/gone by morning

So as you can see, the little ones were very happy and excited the next morning thanks to a bunch of presents and answers to their wishlists from Santa.
Everyone had his/her own stocking (even the fourlegged family member) and I’m pretty sure it took around 45 minutes to unpack everything… 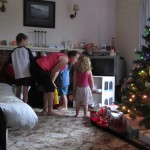 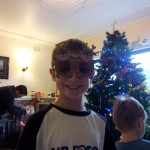 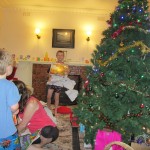 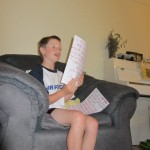 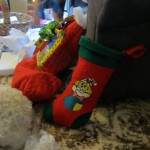 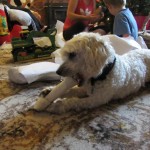 Eventhough I didn’t feel very christmassy up until the 25th, the whole atmosphere, the excitement of kids and the nightshifts spent getting the gifts for them ready somehow changed that. By the time it was my turn to unpack presents it really felt like Christmas (please do not interpret this as the “aha, so Christmas without presents wouldn’t equal Christmas for you!”).
Anyways, here are (some of) my presents, all of which made me feel at home 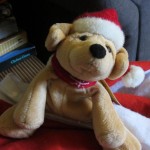 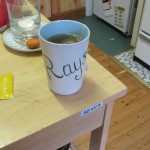 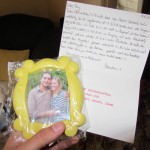 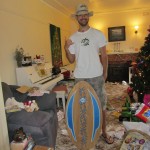 That was basically the “at home” part of Christmas. After the handing out of presents, we packed up and drove to Louise’s family. I was warned, they were to be a lot and they were to be crazy but boy, I had no idea. I don’t have (m)any pictures worth posting of the days, but we had a lot of fun. It was a completely different way of celebrating Christmas and maybe thereby cured me of any possible urges to complain about not having family and friends around…but hey, I missed you guys anyway! Come to think of it, that might be the reason I spent most of the 72h around the crazy people drinking with them…who knows.

Two image impressions I want to share.
One for my geeky nerd-friends who hopefully think the same I did when seeing this (WANT ONE!) 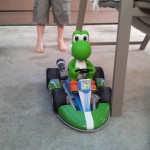 The second one to prove the point of it being a veeeery different Christmas. It was the 27th, having (again) a BBQ and beers at grandma’s house. Although it was the other granny this time

same good food and even more funny people. I have to admit, I’m starting to love the Schultzes and all the people (I’ve met so far) around them. 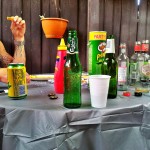 To end the Christmas part of this post and wake you up again I give you:

And now, because I’m lazy, it’s late at night and I promised you less text and more pictures. New Year’s in pictures (and a few words)!
On the 31st of December we headed up north towards Phillip Island to celebrate New Year’s at on of the crazy Schultzes. Louise’s brother Lorne, to be exact.
On the way to the island we stopped at a Waterfall with an aboriganal name that I can’t remember. Well, it was beautiful and we had a few nice hours at and in the water. 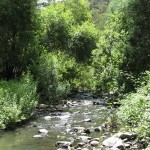 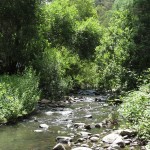 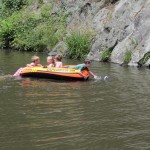 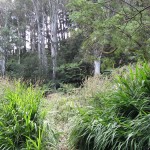 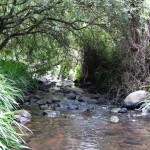 and for all the fans of the beard (due to recent discussions): 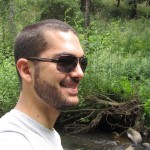 it’s gonna be gone tomorrow, though…annoying as hell if you have steelwool as a beard

Ah, folks. I’m sorry…this is it for now. I’m following this up tomorrow with some pictures from Phillip island, my new stupid signature sentence, my new nickname around the Schultzes and a video that’s gonna blow your mind!

Closing with two impressions from my first running session this year. Thanks for reading, a happy new year and I promise more for you guys tomorrow 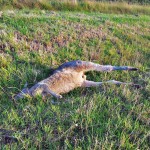 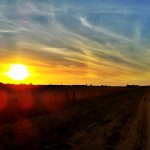 6 thoughts on “About an Aussie Christmas and…”