as promised and including the already well-known delay, the blog post for New Year’s!
We arrived on the 30th at Lorne’s holiday house on Phillip Island. It was to be a little bit quieter than the Christmas days due to the fact that there were around half the people than before – but still, it was ought to be great fun! To give you a visual of some of the guests, I selected some nice (or weird) pictures: 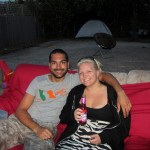 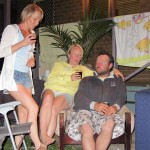 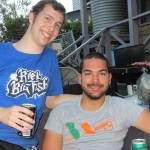 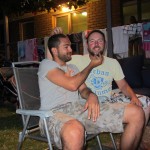 I know you’d realize it yourselves but I want to point out that the New Year’s celebration was a big haze (no pun intended, for those of you who get this one) of laying in the sun, drinking, listening to music, drinking more, getting out of the sun to get a cold and refreshing beverage, getting back into the sun to enjoy an awesomely prepared steak (medium rare at its best) and a few rounds of ping pong…all mixed up with more or less intelligent conversation ranging from history lessons to opening beer bottles… 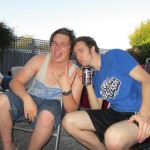 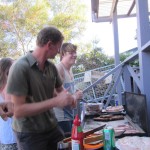 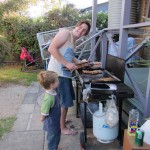 Where was I? Right, first day. Basically we arrived, had dinner, had a few beers, talked till late at night and went to sleep. The next day started easy and, in order to keep it true to the laid-back “no shoes, no news, no worries” mindset, continued at the beach. 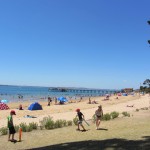 To keep the body guessing which poison was coming up next, we had fish&chips plus more beers at the beach…drunken haze again…back home, getting ready (and by ready I mean shitfaced) for the countdown. By now I realized it was time to do something special (not streaking the streets as others decided to do) and treat myself to a bottle of scotch for the special night. Sad to say, they compensated their small selection with ridiculously high prices. I went for the good old Glenlivet and till today have no idea how I survived the night 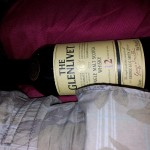 That was basically it. All the things that made these few days special are hard to put in words. It was the overall atmosphere, the fun and loving people, the good food, the music, the spirit of “naaah, I don’t give a f**k, it’s holiday”.
Just to keep track of this: I earned a new nickname. It seems customary that Louise’s little helpers are named after the country they’re from (due to the creativity of the Schultzes, not because they’re too lazy to remember new names, of course). As there were already two guys named “Germany”, they decided to call me Persia instead of Ray. At least most of the time they did – sometimes it was Germany, sometimes Ray, sometimes “duuuuude” or the typical Aussie “mate”.
Whatever, I had beer & meat. I’d let them call me Susie

Now for the fun part – a few funny picture and my new year’s gift to all my friends in Germany.

First, how to take pictures of yourself: 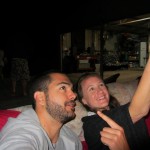 Can’t even put this one in words… 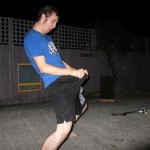 yeah…I miss cuddling, what can I say 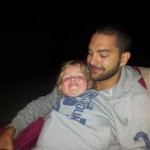 Never leave your four year old unattended when there’re too many women around…(first, look at the fingernails…then again, at the facial expression): 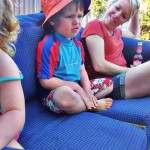 And now, ladys and gentlemen. The crazy Aussies and stars of my personal youtube hit: 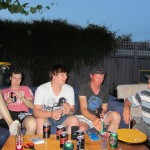 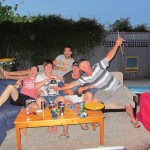 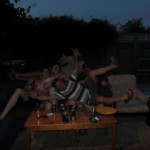 I reckon this video needs no introduction…